Breakthrough in the understanding of tau pathology

Tau is a brain protein that becomes sticky and clumps in Alzheimer’s disease and other dementias.  RAD Fellow, Dr Cara Croft’s research on tau has shown for the first time that tau clumps are being naturally cleared and replaced in living brain cells.  Accelerating this clearance process could become a new target for drugs or other therapies to treat dementia.

The buildup of a protein called tau in brain cells links several forms of dementia including Alzheimer’s disease. Changes in the genetic code for tau are also known to directly cause Frontotemporal dementia and some other dementias. Tau is found in brain cells and has several functions that normally keep brain cells healthy. However, in these dementias, tau becomes sticky and clumps together. This buildup of tau protein in clumps is known to be linked to cognitive decline and brain cell loss observed in patients with Alzheimer’s disease.

Through new preclinical research, which I have been leading, studying the tau protein as part of my RAD fellowship between the University of Florida and the UK Dementia Research Institute at University College London, I’ve shown that these tau protein clumps build up in brain cells of mice but continue to be cleared. The typical thinking in the dementia field was that tau builds up and sort of creates a permanent “tombstone” like structure in the brain cell. However, this breakthrough research finds that the tau clumps in the cell are actually constantly turning over and non-clumped tau replaces the clumped tau. Though this turnover slows down over time, the fact that the clumps turnover indicates it may be possible to actually reverse long-standing tau pathology. This could then perhaps slow down or halt the progression of Alzheimer’s disease and other dementias where tau plays a role.

The novel finding has been published in the medical journal Acta Neuropathologica.

To study this process, I and the research team of senior author Dr. Todd Golde, the director of the University of Florida’s McKnight Brain Institute, engineered non-infectious viruses that enabled the tracking of old and new tau protein in different colours which could be followed over time. These viruses were then introduced to thin sections of mouse brain tissue that can be kept alive for a long time in petri dishes. Every few days, using microscopy, images of the living brain tissue were captured to track the new and old tau protein clumps and it was possible to observe the old protein clumps gradually being cleared away and replaced by new ones in the living brain cells.

As this has never been shown before, the next step is for me and other scientists interested in this research to start to investigate how the brain cells are able to clear these tau clumps and whether this helps to make the cell healthy. It will also be important to understand whether this is happening in people living with dementia. If this clearance process is beneficial, then it is likely that scientists can start to test whether drugs or other methods are able to speed up this process and may form a new avenue for treatment of Alzheimer’s disease or other dementias that involve changes in tau.

We hope that future research will lead to further understanding of how the cells are able to clear these tau clumps and whether this helps to make the cell healthy.
If this clearance process is beneficial, then it is likely that we can start to test whether drugs or other methods are able to speed up this process and may form a new avenue for treatment of Alzheimer’s disease or other diseases that involve changes in tau. 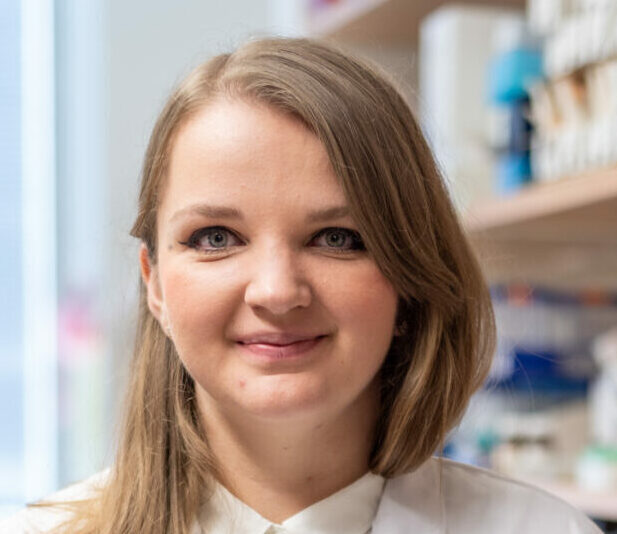 Sir Jackie has joined the call to increase funding for dementia research. Interviewed today in The Sunday Mirror, Sir Jackie and Race Against Dementia join with other dementia charities asking the government to outline their...

Sir Jackie Stewart OBE and Damon Hill OBE raise over £7,000 for their charities

A huge thank you to everyone who attended such a memorable evening. Ignition Human Performance and Motorsport Tickets are proud to announce that the virtual event “The Mindset of Champions: An Evening with Sir Jackie...